Sign-up for our newsletter and get the latest 2020 CALENDAR.

Filipino Americans Play a Big Role in the U.S. Consumerism

Among the most digitally enabled and tech-adopting consumers in the United States, Filipino-Americans play a vital role in influencing and engaging with brands. This process is often called as the path to purchase. Brands who are able to connect with Filipino American consumers along this path can benefit with a strong consumer group thus having a grasp at the future of consumer consumption. For marketers, it is very difficult to reach out to their target audience. But with the advent of technology and access to it means there is much more competition in reaching out to their customers up until today.

10 years ago, digital technology does not really contribute that much on how the consumer’s path-to-purchase is being measured. Now, they have been able to tailor-fit their advertisements depending on the needs of their consumers whether it be true subscription video on demand (SVOD), promotions, or even the simplest ads on our social media accounts.

While most Americans were able to juggle several devices and greatly contributes to the big data and internet of things we process each day, not everyone takes part in moving ahead with digital connectivity. Brands look for specific consumer groups that belong to their target market which they could send out personal branding messages. With Filipino Americans, they can get a glimpse at the future of consumption.

According to the latest report of the US Census Bureau, there are now 4,037,564 Filipinos in the United States, as they announced during their American Community Survey (ACS) data. There are an estimated 21,646,070 Asian Americans in the United States, and Filipino Americans make up the third largest Asian American subgroup behind Chinese (5,219,184) and Indian (4,402,362) Americans. It is indeed true that Filipino Americans are an emerging population not just within the Asian American community, but throughout America as a whole.

But there are so many ways to reach Filipino American consumers and not just with advertisements alone. Given their devotion to technological devices and alike, it’s no surprise that Filipino Americans significantly outpace the general population when it comes to using social media along their purchase journeys.

Given the time they allot in social media, Filipino Americans are very vocal with regards to their feedback about the products they buy and the services they avail. Most of the Filipino Americans agree that they share to their peers whenever they liked something they bought online. With this, we can say that online shopping is indeed a heaven for the digital natives. Perhaps more importantly, online shopping offers Filipino Americans a sense of cultural connection and the feeling of going back home. That’s because e-commerce provides easy access to products from all over Asia—products that are either native to Philippines or difficult to find in the U.S.

The path to purchase—or consumer journey—illustrates how people shop as a series of events whereby demand is connected to what consumers actually buy. For Filipino Americans, the starting point is typically their smartphones at hand. The challenge is posed to the business industry on how they will penetrate the circular path-to-purchase for this group of growing and economically influential consumers.

Filipino Americans Play a Big Role in the U.S. Consumerism

The Pen taking its Shot for Black Lives

Nintendo Surprises Travelers with Switch Lounges at Ohare and other airports 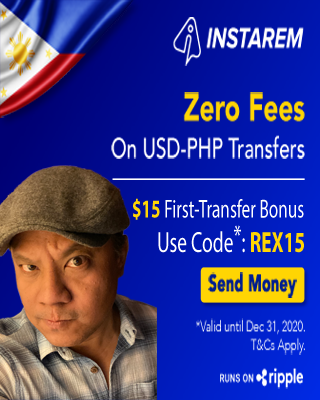 To Nancy Loo, One of the Greats

The Pen taking its Shot for Black Lives

Nintendo Surprises Travelers with Switch Lounges at Ohare and other airports